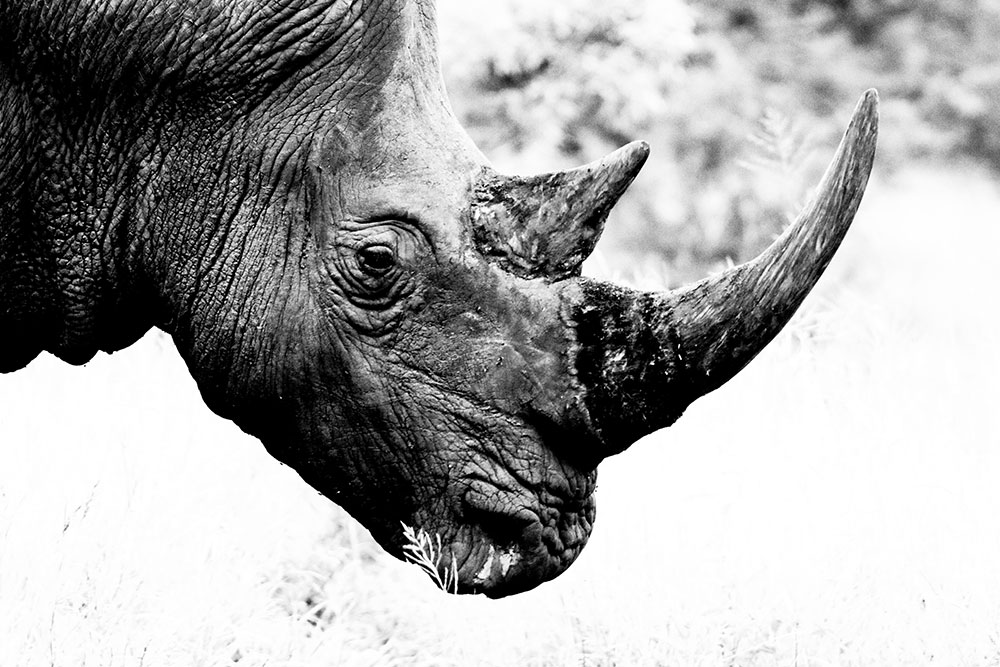 “Illegal trafficking in rhino horn threatens to reverse decades of rhino conservation work in Africa and Asia, driving rhinos to the brink of extinction in the wild.” -U.S. Fish & Wildlife

Dr. Edgard Espinoza is the Laboratory Deputy Director at the National Forensics Laboratory for the U.S. Fish & Wildlife Service, dedicated to the investigation of crimes against wildlife. One area of investigation is in the enforcement of laws protecting rhinoceros.

Dr. Espinoza was searching for a rapid method to quickly screen and characterize keratin found in horns based on taxonomy for banned or regulated items. The methodology of choice was Direct Analysis in Real Time coupled with Time-Of-Flight Mass Spectrometry (DART-TOFMS) due to the ability to quickly and directly analyze samples with minimal sample prep. Using DART-TOFMS, molecules on the surface of a sample are pyrolyzed at a given temperature, where the vapors are ionized and introduced into the Mass Spetrometer for analysis. However, it was unclear the optimal temperature at which to perform the analysis. “Too low a temperature and the molecule of interest might not be detected at all. Too high and the molecule could break up into fragments making analysis nearly impossible”, said Dr. Espinosa in a phone interview. Thus, the key to his research was to find a working temperature hot enough to pyrolyze a molecule of interest, yet still remain in tact.

Dr. Espinoza took his research to the next step by using the ionRocket, which applied a heat gradient directly to the samples, for rapid and correct identification of the optimal temperature in which to introduce samples to the DART gas stream. Thus, he could move forward with his research and identify specific biomolecules based on taxonomic classification, which will help in the enforcement of laws to protect wildlife.

More on Dr. Espinoza’s findings can be found in a recent article: