The analysis system was composed of a DART® ion source and a mass spectrometer with a Volatimeship connected in between. (Shimadzu Corporation LCMS-8030) (Figure 1).  A separable flask was selected due to the size of a sample. The sample was placed in a separable flask, and connected to the Volatimeship. The background was measured at first 1 min., and the entire sample was squeezed with a squeezing rod and the scent during squeezing was measured.  The setting of MRM (Multiple Reaction Monitoring) is 170> 153 (precursor ion> product ion) for terpinene, 154> 81 for linalool, 135> 107 for limonene and 137> 81 for terpineol. 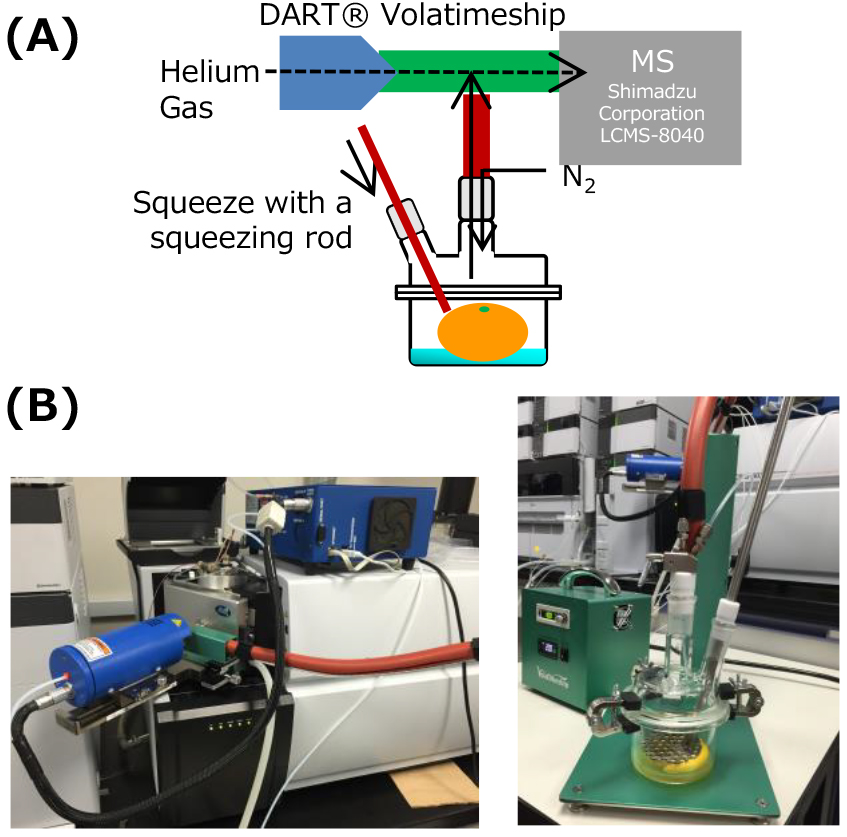 The results of MRM of terpinene, linalool, limonene, terpineol were shown in figure 2. The volatile compounds from citrus fruits were detected in real time during squeezing.  Also, the versatility of Volatimeship in adapting a device to accommodate the size and shape of a sample was confirmed. 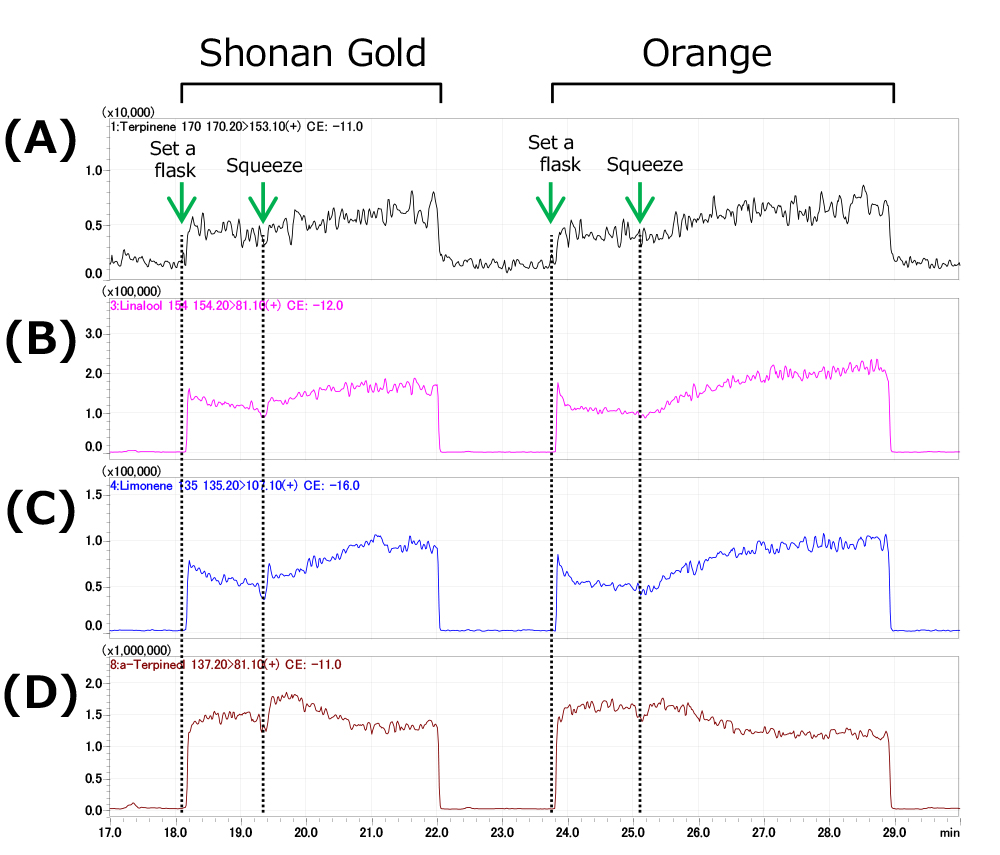