Researchers use plate seals to cover well plates. Therefore, one of criteria for moderate plate seals is resistance to solvents used for experiments and analysis. We compared the organic solvent resistance, such as methanol, acetonitrile and DMSO, between RAPID EPS and conventional plate seals, such as Seal A, B and C. The evaluation was based on LC/MS (micrOTOF, Bruker Daltonics) of each eluent after soaking each seal in the solvents. Results clearly showed higher organic solvent resistance of RAPID EPS over conventional seals. The difference was due to siloxane elution out of silicon based adhesive of conventional seals. On the other hand, RAPID EPS used synthetic rubber adhesive instead of silicon adhesive.

A piece of each plate seal was placed in a 1.5mL tube for soaking inorganic solvents such as MeOH, AcCN, DMSO. The tubes were incubated for 6 days after vortex and sonication. For LC/MS analysis, three samples from each tube were analyzed (see Figure 1). 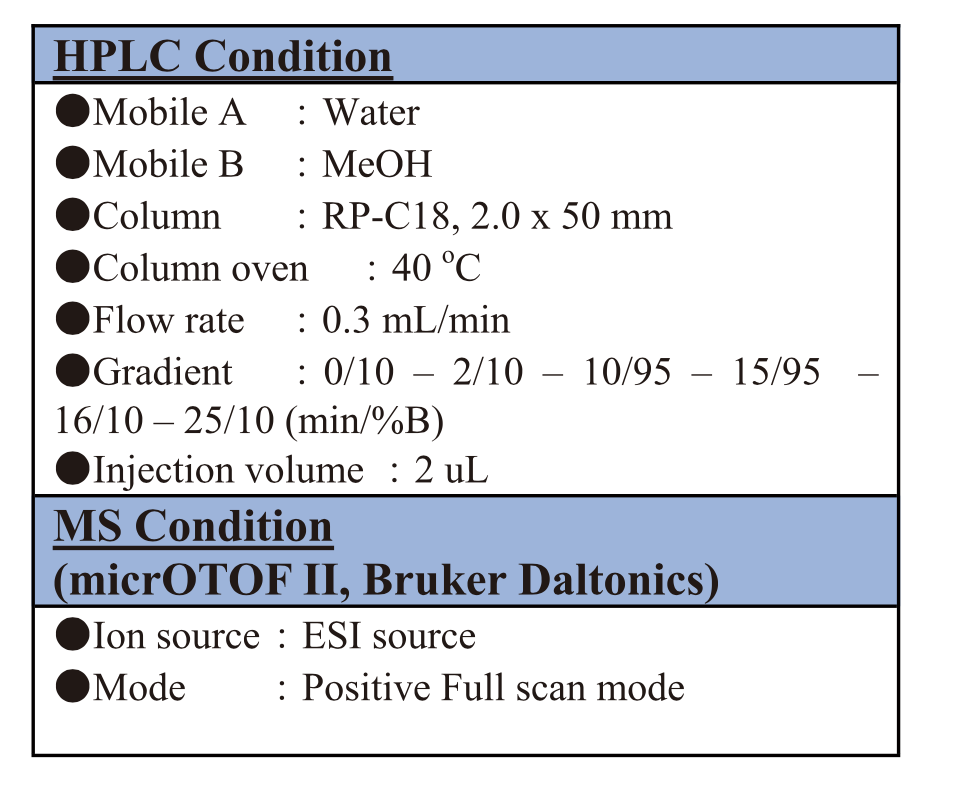 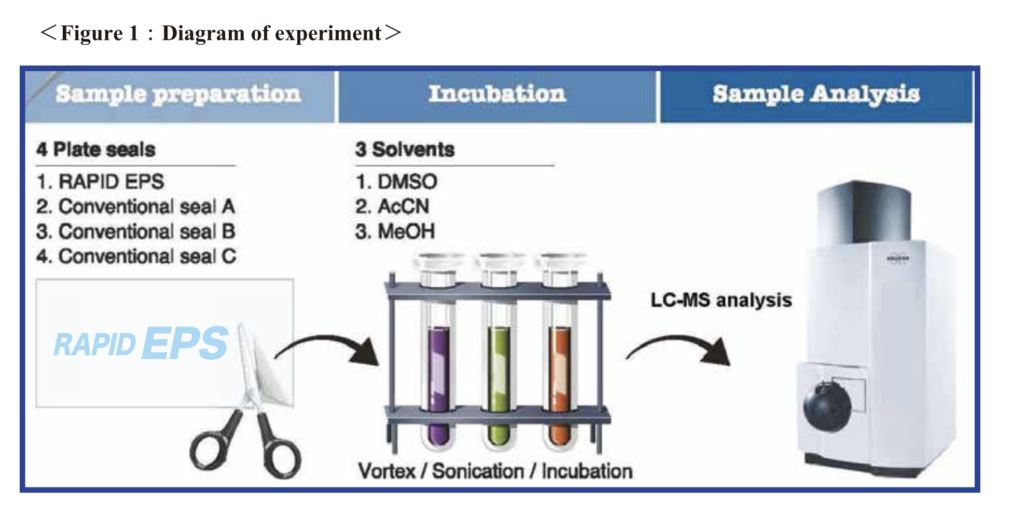 Principal component analysis indicated RAPID EPS had less elution of adhesive material com pared with conventional seals (Figure 2). The group circled in red was closer to Blank group circled in blue than other groups (Figure 2). LC chromatogram (Figure 3, 4, and 5) showed more background peaks from conventional seals than RAPID EPS. The investigation of revealed the peaks were siloxane from silicon adhesive of conventional seals (Figure 6 and 7).
This evaluation demonstrated that RAPID EPS has resistance to methanol, acetonitrile and DMSO. This feature brings other benefits as plate seals for analysis, such as less stickiness to needles and the prevention of needle blockage. 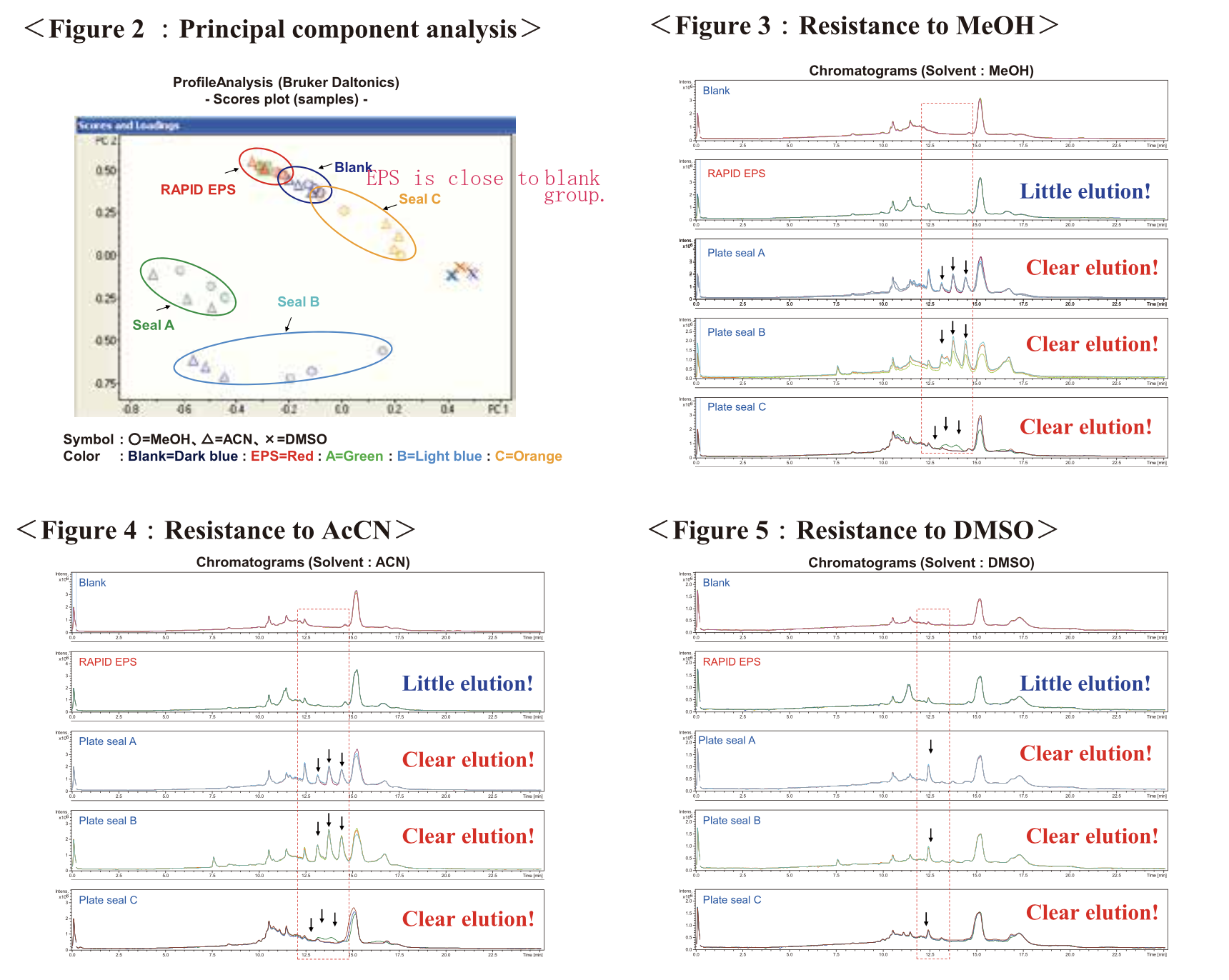 Any questions?  Here are our answers to the most commonly raised questions.