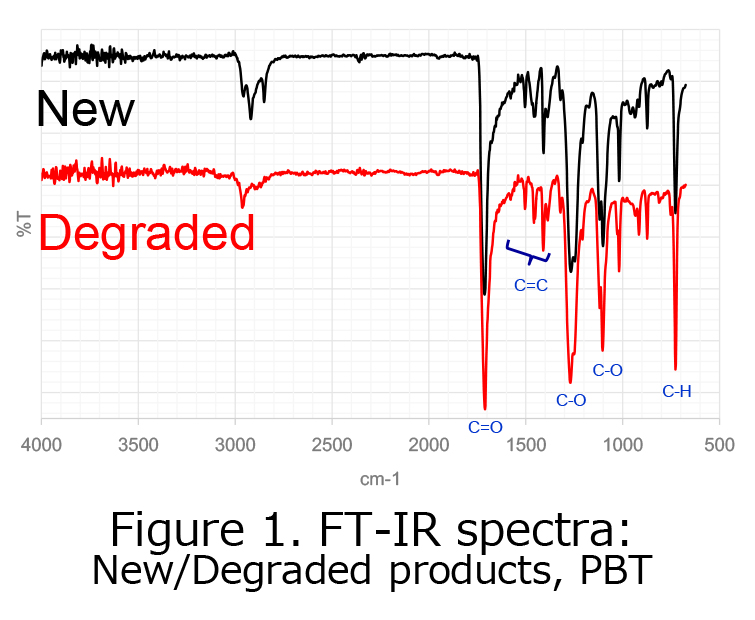 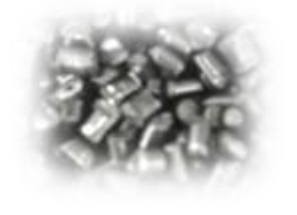 New and the degraded PBT products

As a results of FT-IR, no significant difference was detected between the new and degraded products (Figure 1). Total ion current gram (TIC) of new and the degraded PBT products were shown in Figure 2. As adding the temperature gradient heating, thermal desorption and pyrolysis reactions were detected. The temperature at which thermal desorption products were detected were different between those two cases. For a detailed comparison, heat maps of the compounds were recorded, as shown in Figure 3. It was clear that the types and the intensity of detected ions differed considerably in the low temperature and low molecular weight region. Extracted ion current gram (EIC) of the PBT monomer (m/z 221.08, [C12H12O4+H]+) were shown in Figure 4. The PBT monomer were detected at a temperature much lower than the pyrolysis temperature of the PBT (ca. 400℃) between them. Moreover, for the degraded products, it was detected at much lower than the new products. It was presumed that PBT monomer was included as one of the degradation products.
It was confirmed that ionRocket combined with DART-MS enables the detection of the degradation state during the initial degradation stage, which has not been detected by FT-IR spectroscopy. 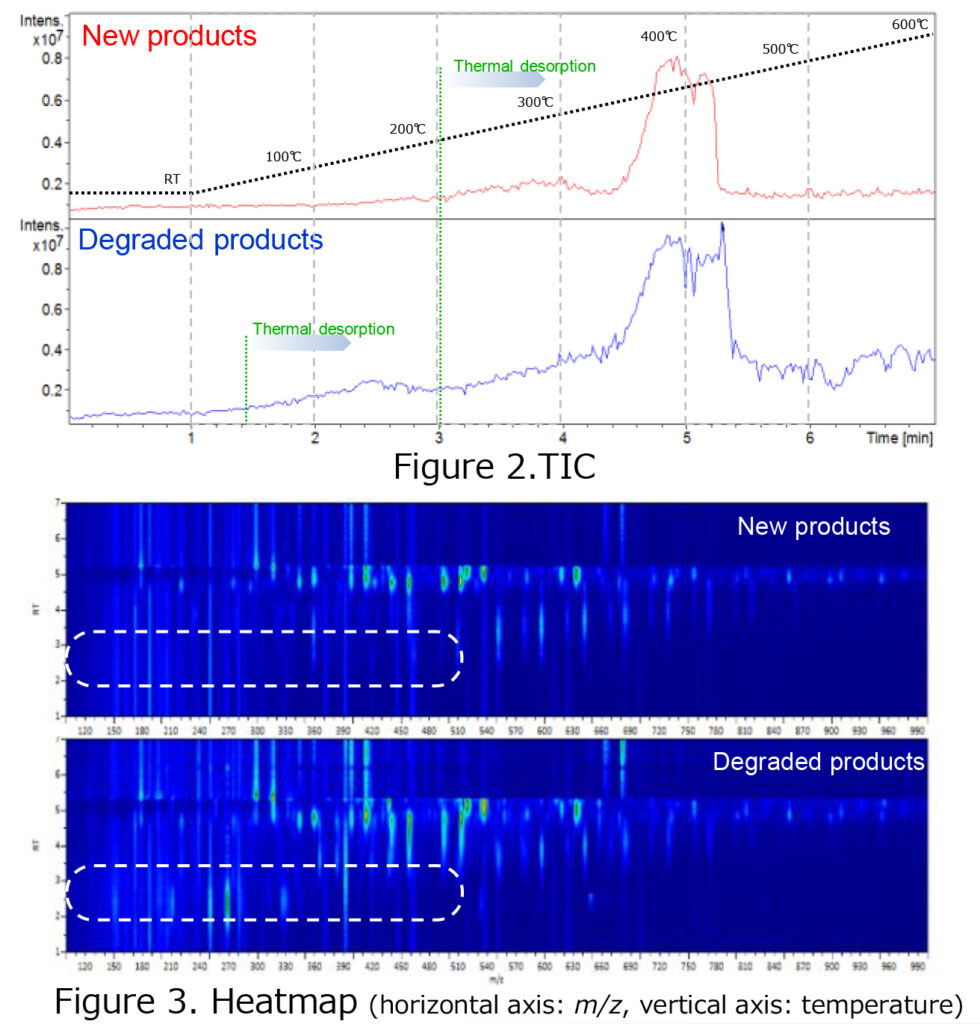 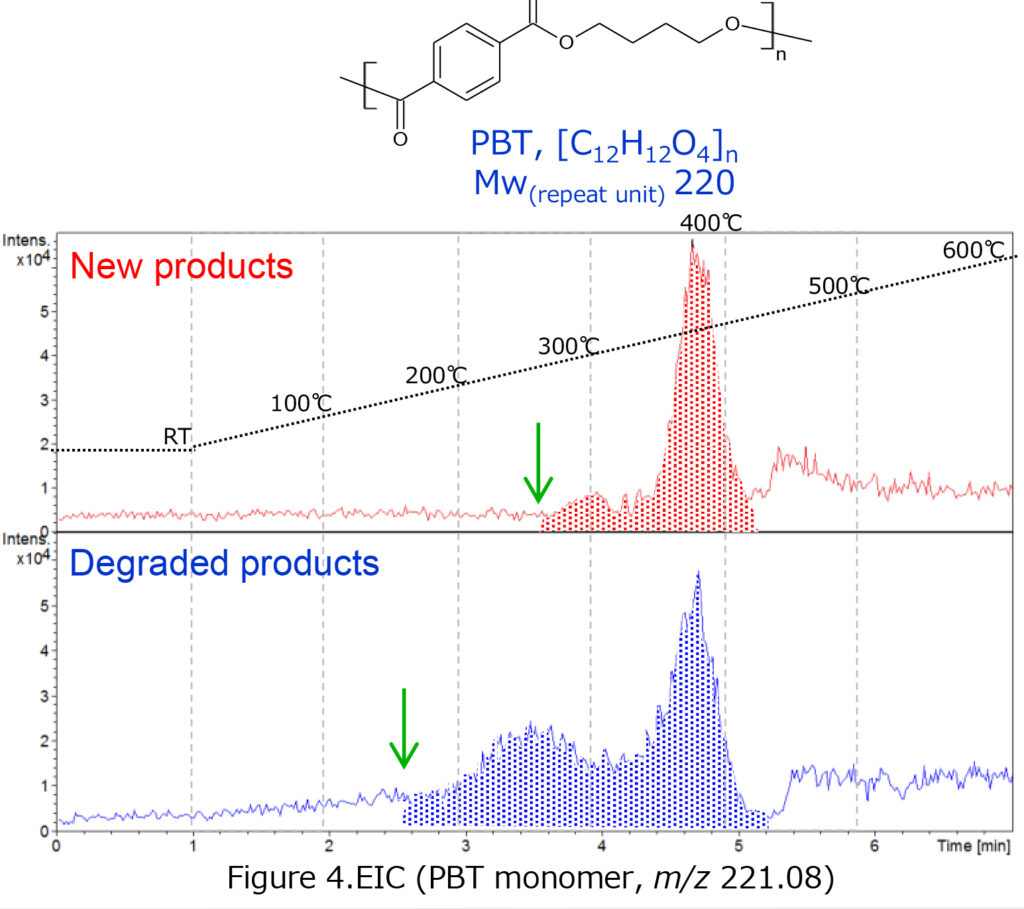