In response to a growing interest in food safety, rapid analysis tools are increasingly important for inspection and for quality control. Custard cream, a thick liquid containing large quantities of lipids, normally requires extensive pretreatment prior to analysis. The pretreatment is time-consuming and a burdensome task for investigators. IonRocket achieves the direct analysis of such samples without any pretreatment and a rapid analysis time of just 7 minutes.

Different proportions and different species were detected between the four different creams, from which one can infer the variation of ingredients used. The peak indicated with a star for the “Cream puff A” sample was also found in the “Cream puff C” sample, but not in B. Also, the same components indicated with a circle or a triangle were detected among all the cream puffs A, B and C, but differ in their amounts. 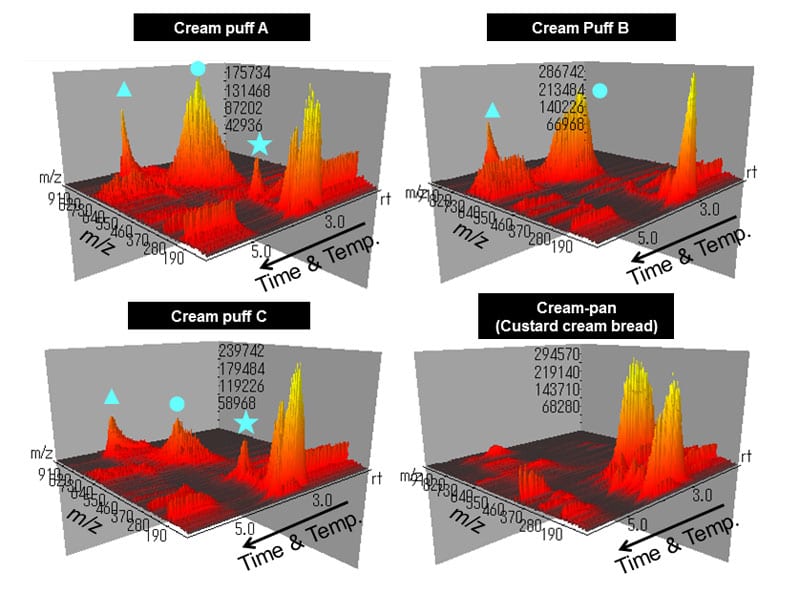